Shot over three years in the Middle East, on the borders between Iraq, Kurdistan, Syria and Lebanon, this documentary recounts the everyday life that lies behind the continuing tragedy of civil wars, ferocious dictatorships, foreign invasions and interference, up to the murderous apocalypse of ISIS. The movie tells different stories to which the narration confers a unity that goes beyond geographical divisions. All around and in people’s consciousness, signs of violence and destruction, but in the foreground is the humanity that reawakens every day. 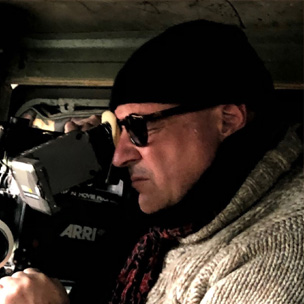 Born in Asmara, Eritrea,  in 1964. Moves to New York, where he graduates from the New York University Film School in 1985. Following a journey to India in 1993, he produced and directed Boatman, his first movie. After the short Afterwords (2008), Rosi directed features awarded as best film in festivals such as Venice International Film Festival, Berlin International Film Festival and Visions du Réel: Below Sea Level (2008), Sacro GRA (2013) and Fire at Sea (2016), also nominated for the Oscar for best documentary.

A man has an accident in a deserted region and he is rescued by a cowboy and his grandfather, who breeds fighting cocks. When the stranger wakes up, however, he...

Bright, intelligent and free, Eleanor is Karl Marx’s youngest daughter. Among the first women to link the themes of feminism and socialism, she takes part in...

Kang lives alone in a big house. Through a glass façade, he looks out onto the treetops lashed by wind and rain. He feels a strange pain of unknown origin...