Our Lady of the Nile

Rwanda, 1973. Our Lady of the Nile is a prestigious Catholic boarding school perched high on a hill, where teenage girls are groomed to be the Rwandan elite. Graduation on the horizon, the girls, whether Hutu or Tutsi, share the same dormitory, the same dreams and concerns. But throughout the country as well as within the school, deep-seated antagonisms rumble, changing these young girls’ lives —and the entire nation— forever. Deeply symbolic images hint at the genocidal violence that would later engulf the entire country in 1994. The film is an adaptation of Our Lady of the Nile, written by Tutsi author Scholastique Mukasonga.

Winner of the Crystal Bear of the Generation 14plus section at Berlin International Film Festival. 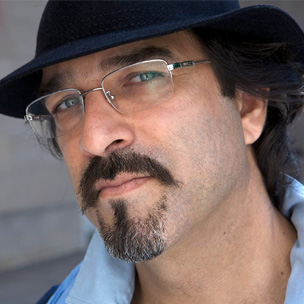 Born in Kabul, Afghanistan, in 1962 and, since the 1980’s, he lives in France. Rahimi is a filmmaker and writer. He made his debut in feature film direction with Earth and Ashes (2004), awarded at Cannes Film Festival. The movie is an adaptation of his homonymous novel, released in 2000. In 2012, he directed the film The Patience Stone, also an adaptation of one of his books.

Veins of the World

Amra lives in the Mongolian steppe. He leads an ordinary life for a 11-year-old boy: his father drives him to school every morning, he takes care of the...

Winter 1949. An exceptional teacher, highly devoted to the development of his students, brother Jean has long been the figurehead of a school for boys in Charlevoix...