Nheengatu - A Language From The Amazon

Brazil, Portugal 2020 Documentary cor 114 min.
ASSISTIR
ON-LINE
During a journey on the Negro River, in the Amazon, the documentary explores the language Nheengatu, imposed to the indigenous natives by the Portuguese colonists, back in the 15th century. Through this mixed language, still spoken by some tribes, the film shows the encounter of two worlds and its different cultural, historical and social issues. 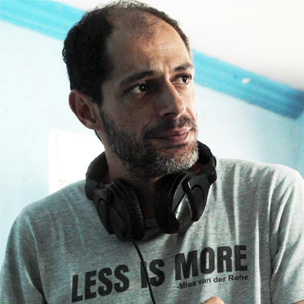 Born in Portugal in 1969. He graduated in filmmaking in Lisbon and completed his studies at the International School of Film and Television of San Antonio de los Baños, in Cuba, and at New York Film Academy, in the USA. Barahona has worked as a sound engineer in many feature and documentary films and has directed, among others, the short movies Pastoral (2004) and Quem É Ricardo? (2004) and the documentaries Corn (2008), The Lost Manuscrit (2010, 35th Mostra), Far From Home Movie (2012), I Was in Lisbon and Remembered You (2015, 39th Mostra) and Clandestine Soul (2018, 42nd Mostra).

The documentary delves into the years when filmmaker Glauber Rocha (1939-1981) was in exile in Italy, between 1970 and 1976. Through memories from friends, relatives...

Nina is a 13-year-old girl who gets intrigued when she learns that all the children are having recurring nightmares. She finds a mysterious red scroll, which takes her...