Kang lives alone in a big house. Through a glass façade, he looks out onto the treetops lashed by wind and rain. He feels a strange pain of unknown origin which he can hardly bear and which grips his whole body. Non lives in a small apartment in Bangkok where he methodically prepares traditional dishes from his native village. When Kang meets Non in a hotel room, the two men share each other’s loneliness. Both forget the dark side of reality for one night, and perhaps even get close to the truth, before returning to their daily lives.

Presented at IndieLisboa and San Sebastián Festival and won the special mention of Teddy Award at Berlin Festival. 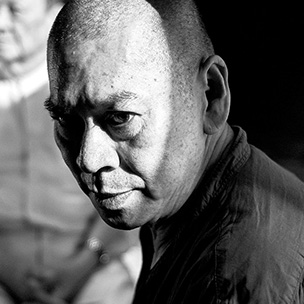 Elena is a student in Minsk, Belarus. She has a passionate but increasingly difficult relationship with her boyfriend Victor. When her father is arrested, she...

The real story of Poppie Nongena, a South African woman whose life revolves around her family. She finds stability in a period of immense upheaval in South Africa...

Ya Yi Ji Ya

Hong moves to Chongqing from Yinchuan with her daughter Ye after her divorce. Ten years after that, though Ye is still sentimentally attached to his father Feng...