China 2020 Documentary cor 115 min.
ASSISTIR
ON-LINE
On December 31, 2019, the first novel coronavirus case was confirmed in Wuhan. Chinese officials repeatedly denied that human-to-human transmission was possible, concealed the number of diagnosed patients, and punished medical staff for disclosing information about the epidemic. On January 23, 2020, Wuhan was placed under a city-wide lockdown. Covid-19 has become a global pandemic. Coronation examines the political spectrum of Chinese state control from the first to the last day of the Wuhan lockdown. The film records the state’s brutally efficient, militarized response to control the virus. Sprawling emergency field hospitals were erected in a matter of days, 40,000 medical workers were bused in from all over China, and the city’s residents were sealed into their homes. Ai Weiwei directed, produced, and completed post-production remotely in Europe. The filming was done by ordinary citizens living in Wuhan. 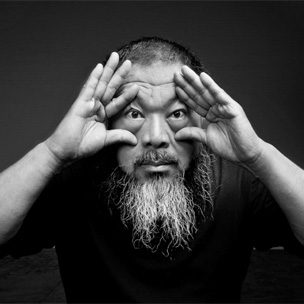 Born in Beijing, China, in 1957. Political dissident and one of the most important contemporary artists, Ai Weiwei also acts as filmmaker, photographer and architect. Son of Ai Qing, one of the most successful poets in China, he grew up in exile in his own country. When he was young, Ai Weiwei went to the USA and entered Parsons School of Design in New York, but most of his learning came from experiences with local artists and intellectuals. Back to China, he produced some of his most important works, like the destruction of an ancient urn dated from the Hun dynasty and the widely known series of images called Study of Perspective. He directed documentaries such as Disturbing the Peace (2009), So Sorry (2012) and Ordos 100 (2012). In 2017, at the 41st Mostra, Ai Weiwei signed the concept art to the edition’s poster, presented the documentary Human Flow and was honored with the Humanity Award. At the 44th Mostra, he exhibits Coronation and Vivos.

All the Dead Ones

The fast growing city of São Paulo, Brazil, 1899. A few years after slavery has been abolished, the three womenof the Soares family, former owners of lands...

A meeting between two work partners reveals the strict care protocols imposed by the new coronavirus: masked, the men only meet after the visitor’s...

There`s a theory that we should be born with a small amount of alcohol in our blood, and that modest inebriation opens our minds to the world around us, diminishing...