Born in São Paulo in 1954, Cristina Amaral is one of the most important Brazilian film editors. She graduated in cinema from the School of Communication and Arts of the University of São Paulo (ECA-USP) and began her career in the 1980s, editing short films while still at university. She has collaborated with some of the most notable Brazilian filmmakers and established an extensive partnership with Carlos Reichenbach, editing films such as Buccaneer Soul (1993, 37th Mostra), Two Streams (1999), Garotas do ABC (2003), Confiscated Goods (2004, 28th Mostra) and Fake Blond (2007). She also worked with João Batista de Andrade in The Blinded Man who Shouted Light (1997), with Guilherme de Almeida Prado in The Magic Hour (1999), and with Edgar Navarro in The Man Who Couldn’t Sleep (2012, 35th Mostra) and Down With Gravity (2017, 41st Mostra). Her most notable collaboration was with filmmaker Andrea Tonacci, with whom she founded the company Extrema Produções Artísticas. Their partnership has resulted in some of the most iconic films of recent Brazilian cinema, such as The Hills of Disorder (2006, 30th Mostra) and Já Visto Jamais Visto (2013). In 2019, Cristina’s work was the subject of a retrospective at Sesc Pompeia. 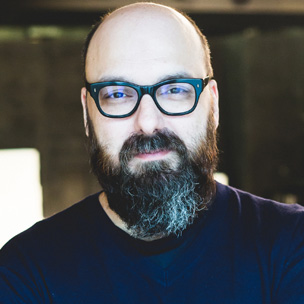 Born in Rio de Janeiro in 1972, he is a director, playwright, set designer, and theatre producer. In 1993, alongside actor Guilherme Weber, he founded Sutil, a theater company in the Brazilian city of Curitiba. The company has staged around 20 productions, including A Vida É Cheia de Som e Fúria (2000), an adaptation of the novel High Fidelity, by Nick Hornby, which was praised by both critics and audiences. Hirsch is also one of the founders of the company Ultralíricos, where he developed more experimental shows such as Puzzle, which premiered at the Frankfurt Book Fair in 2013. He worked in television, directing the series A Menina sem Qualidades (2013) for MTV Brazil, and made his feature film debut in 2009 with Sunstroke (33rd Mostra), co-directed by Daniela Thomas and screened at the Venice International Film Festival. He also directed Severina (2017, 41st Mostra), screened at the Locarno Film Festival. 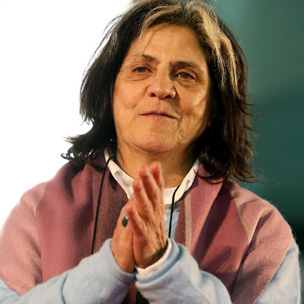 Born in Porto Alegre in 1950, she is a fundamental name of Brazilian film production. She graduated in law and started her career in cinema in the 1980s, working as a production assistant in films such as Nasce uma Mulher (1983), by Roberto Santos, and Happily Ever After (1984), by Bruno Barreto. Next, she worked as a production director in films such as Anjos do Arrabalde (1987), by Carlos Reichenbach, and The Lady From the Shanghai Cinema (1987), by Guilherme de Almeida Prado. In 1991, she founded the production company Dezenove Som e Imagens with Carlos Reichenbach and in partnership with producer Maria Ionescu. The company is renowned for discovering new talents of Brazilian cinema and showing their work around the world. Since its creation, Dezenove has produced (or co-produced) many successful Brazilian films, such as Brainstorm (2000, 24th Mostra), by Laís Bodanzky; Fake Blond (2007), by Reichenbach; Oh My God! (2007), by Monique Gardenberg; Smoke Gets in Your Eyes (2009), by Anna Muylaert; Swirl (2011, 35th Mostra), by Clarissa Campolina and Helvécio Marins Jr.; Hard Labor (2011) and Good Manners (2017, 41st Mostra), directed by Marco Dutra and Juliana Rojas; and The Moving Creatures (2012, 36th Mostra), by Caetano Gotardo. Besides being a member of the Jury, Sara will be a part of the 44th Mostra with the feature film All the Dead Ones, directed by Marco Dutra and Caetano Gotardo. She will also receive the Leon Cakoff Prize.