Valentina, a 17-year-old trans girl, moves to a small Brazilian town with her mother, Márcia, for a fresh start. To avoid being bullied in her new school, Valentina seeks more privacy and tries to enroll under her new name. However, the girl and her mother begin to face dilemmas when the local public school demands, in an unfair way, the signature of the girl`s absent father to perform the enrollment. Presenting the debut of trans actress and youtuber Thiessa Woinbackk, Valentina is a reflection of the obstacles that society forces a young woman to overcome in order to embrace who she really is. 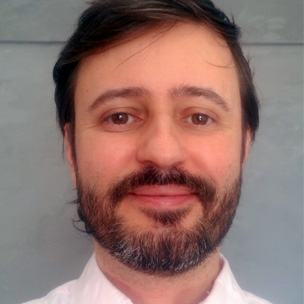 Born in Patos de Minas, Brazil, in 1980. Cássio Pereira dos Santos studied filmmaking at University of Brasília, where he directed fiction and documentary projects. After graduating, he worked as assistant director and as a producer at an educational TV channel. He wrote and directed seven short films, such as The Scarecrow Girl (2008) and Iara (2018).

The suspense revolves around Ademar, a partner in a private security company that provides services to a large construction company in São Paulo. When Teixeira, his...

In 1965, a year after the military coup in Brazil, an oasis of freedom opened in the country’s capital. The Brasília Film Festival: a landmark of...