Three Carnival blocks, born from Candomblé religion, in Bahia, are the center of this documentary: Ilê Aiyê, Cortejo Afro and Bankoma. Through the work of these centenary groups, the film explores the black culture, its dances, its fabrics and its ancestrality. The blocks keep resisting and echoing the black movements in Bahia, helping their communities and spreading shine on the winding paths in a racist Brazil. 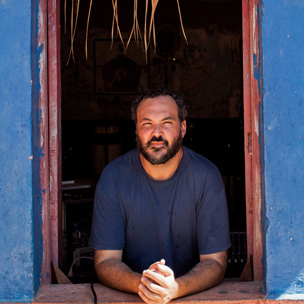 Aguiar is a professional musician since he was 11 years old. He worked with great names of Brazilian music, like Caetano Veloso, Marisa Monte, Gilberto Gil, Carlinhos Brown and Arnaldo Antunes. In film, he is a musical producer (in 2007, he signed Ó Paí, Ó: Look at This’ soundtrack) and he directs documentary shorts, such as Dona Cadu (2018) and Chegança, no Jardim das Belas Flores (2020). Samba of Saints - An Afro-Bahian Resistance Movement is his first feature.

The documentary portrays five people who try to recover from alcoholism or from the abusive use of substances. The different narratives show various aspects of...

In the 70’s, a dam and a hydroelectric plant were built in Sobradinho. The government at the time, which was commanded by the military regime, thought...

Between Us, A Secret

The story of Toumani Kouyaté, who, in 2014, established with his family and living in Brazil, was surprised by the call of his grandfather to return urgently...