Based on true events, the film has as a background the massacre that occurred in the region of Vitorazsko, on the border between Czech Republic and Austria, during World War II. In the movie, the inhabitants of a small town need to get along with neighbors who were responsible for the killings in the 1930s and 1940s. Is it possible to forgive them? What can human will overcome and what is the true value of humility and hope? 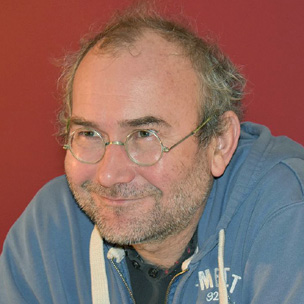 Born in Opava, Czech Republic, in 1967. He graduated from the Prague Film School. Directed by him, Mostra presented the features Wild Bees (2001), his feature film debut, awarded with best film at the International Film Festival Rotterdam; Something like Happiness (2005), best picture at San Sebastián International Film Festival, Four Suns (2012) and Ice Mother (2017).

An eccentric, aristocratic Scot is looking for the ultimate place to hang his beloved portrait of a woman reading, and an animated Amsterdam art dealer has his eye...

Ya Yi Ji Ya

Hong moves to Chongqing from Yinchuan with her daughter Ye after her divorce. Ten years after that, though Ye is still sentimentally attached to his father Feng...