Toronto, 1899. Aspiring young politician Mackenzie King dreams of becoming the prime minister of Canada. In his quest for power, he must face his imperious mother, a war-mongering governor-general and the utopian idealism of a Québécois mystic. Meanwhile, King hesitates in love between a British soldier and a French-Canadian nurse and furtively indulges a fetishistic obsession for women’s footwear. When his vainglorious run for leadership culminates in an epic battle between good and evil, King will learn that disappointment may be the only way to survive the 20th century.

Winner of the Critics’ Prize in the Forum section of the Berlin International Film Festival and best canadian first feature film at the Toronto Film Festival. 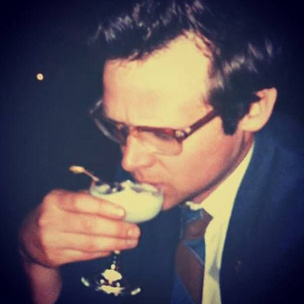 Born in Winnipeg, Canada in 1980. He studied at the department of History and Classical Studies at McGill University in Montreal, as well as Laval University in Quebec. He made numerous short films, like Tabula Rasa (2011) and Tesla: World Light (2017). The Twentieth Century is his first feature film.

Clint, a man damaged by his past, decides to live isolated, in a cabin in the mountains. In this cold and hostile environment, he lives alone —in rare...

On the night of September 26, 2014, a convoy of students from Ayotzinapa Rural Teachers’ College in drug cartelafflicted Guerrero state, travelling in buses...

Based on true events, chronicles the 78-day standoff between two Mohawk communities and government forces in 1990 in Quebec. Referred to in the media as the Oka...