Inspired by the true story of herbalist Jan Mikolasek, who dedicated his life to caring for the sick in spite of the immense obstacles he faced in his private and public life. Born at the turn of the 20th century, Mikolasek wins fame and fortune using unorthodox treatment methods to cure a wide range of diseases. Already a local institution in Czechoslovakia before World War II, the healer gains in reputation and wealth whether during the Nazi occupation or under the Communist rule. One after the other, every regime will want to use his skills and in return gives him protection. But how high shall be the costs to maintain this status as the tide turns? 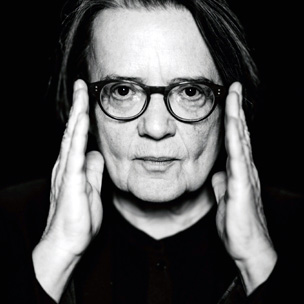 Born in Warsaw, Poland, in 1948. Started her career working with Krzysztof Zanussi and Andrzej Wajda. She also collaborated with the filmmaker Krzysztof Kieślowski in the Three Colors Trilogy script. Agnieszka made her debut as a director in 1979 with the movie Provincial Actors. Since then, she made films such as Angry Harvest (1985), Europa Europa (1990), nominated for the Oscar of best adapted screenplay, The Third Miracle (1999), Julie Walking Home (2002, 27th Mostra), In Darkness, nominated for the Oscar of best foreign language, Spoor (2017), winner of the Alfred Bauer Prize at the Berlin Film Festival, and Mr. Jones (2019, 43rd Mostra).

While Mexico City is boiling with protests, in a posh neighborhood a lavish upper-class wedding goes awry. An unexpected uprising gives way to a violent coup...

Josefina travels to Douro region, in Portugal, to take care of her nephew Alexandre. She is dedicated to the boy, who was abandoned by his mother. But Alexandre has...