In a dystopian world, ten people are controlled by an authoritarian government. They do not remember who they are or where they come from. They don’t even have names: the men are identified by odd numbers and the women, by even numbers. An omnipresent leader, called The Great Zero, applies rigid rules on the inhabitants’ behaviour. Even with all this control, a baby is born unexpectedly, disturbing the order. Filmmaker Oleg Sentvson directed the film from jail: until September, 2019, he was serving a 20 years sentence, accused of terrorism, when he opposed to the Russian government. Through letters, he coordinated the direction, executed on set by Akhtem Seitablaev. 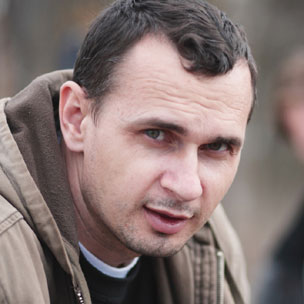 Born in Simferopool, in the region of Crimea, Ukraine, in 1976. Gamer (2011), his first feature film, was screened at the 36th Mostra. In 2014, Sentsov was condemned to a 20 year sentence, accused of terrorism. He protested against the unification of Crimea and Russia. In jail, he made a hunger strike in 2018, becoming one of the most famous Russia’s political prisoners. After many protests held by film institutions around the world, Sentsov was released in September, 2019.

On the night of September 26, 2014, a convoy of students from Ayotzinapa Rural Teachers’ College in drug cartelafflicted Guerrero state, travelling in buses...

The Art of Fallism

The Art of Fallism

Wandile is studying at an expensive university in South Africa, dominated by white people. As a black trans person Wandile feels alienated and joins a massive...