Neither Hero nor Traitor

The film is set in Buenos Aires, 1982, and focuses on Matías, a 19-year-old man who just finished his military work and now dreams of studying music in Spain. He needs to convince his father, who opposes this plan, and his girlfriend, who refuses to move to another country. In a short time, however, everything changes: the Falklands War breaks out, and Matías needs to mature when he is, once again, involved with the military service. Will desertion be his first act as an adult? 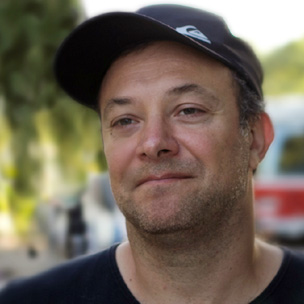 Savignone is a film director graduate from the University of Cinema and has a master in playwriting from the National University of the Arts. In 2013, he directed the film Los Desechables. Neither Hero nor Traitor is his second feature.

Elli is an android and lives with a man she calls her father. During the day they swim in the pool and at night he takes her to bed. She shares his memories and...

Eyimofe (This Is My Desire)

The film follows the routine of the protagonists Mofe, a factory technician, and Rosa, a hairdresser, in Lagos, Nigeria. After Mofe loses his family and Rosa fails...