There Is No Evil

Every country that enforces the death penalty needs people to kill other people.In Iran, four men are put in front of an unthinkable but simple choice. Whatever they decide, it will directly or indirectly corrode themselves, their relationships, and their entire lives. The four stories are variations on the crucial themes of moral strength and the death penalty that ask to what extent individual freedom can be expressed under a despotic regime and its seemingly inescapable threats.

Winner of Golden Berlin Bear and the Prize of the Ecumenical Jury at Berlin International Film Festival. 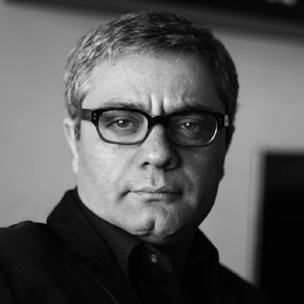 Born in Shiraz, Iran, in 1973. He graduated in sociology from the Shiraz University and studied editing at the Sooreh University in Tehran. From him, Mostra presented the features The Twilight (2003), Iron Island (2005) and Goodbye (2011), for which he received the prize of best director of Un Certain Regard section at the Cannes Film Festival. He also made Manuscripts Don’t Burn (2013) and A Man of Integrity (2017), best film at Un Certain Regard. In 2010, Rasoulof was arrested on set while working alongside Jafar Panahi and sentenced to a year in prison. Since 2017, he has been officially barred from leaving Iran.

This Is Not a Burial, It`s a Resurrection

This Is Not a Burial, It`s a Resurrection

In the mountains of Lesotho, an 80-year-old widow named Mantoa eagerly awaits her son’s return from working in the South African mines, only to learn of his...