Kill It and Leave This Town

Fleeing from despair after losing those dearest to him, the hero of this animation hides in a safe land of memories, where time stands still and all those dear to him are alive. Over the years, a city grows in his imagination. One day, literary heroes and cartoon childhood idols come to live there, uninvited. When our hero discovers they have all grown old and that eternal youth does not exist, he decides, led by the characters living in his imagination, to return to the real world. 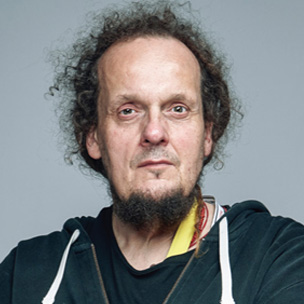 Born in Lodz, Poland, in 1960. The filmmaker and professor of animation at the Lodz Film School has been creating animated auteur cinema for over 20 years. Retrospectives of his work have been presented at venues including MoMA, the National Museum of Brazil, Tokyo International Forum and the National Museum in Warsaw. His animations have also screened at the National Gallery, in London, and in Berlinale Shorts. Kill It and Leave This Town is his debut feature and took 11 years to complete.

Five friends grow up in the middle of nowhere in Germany and have to decide whether to leave or stay after they finish school. Katja, Sascha, Benni, Laila and...

Between Dog and Wolf

Immersed in the jungle of Sierra Maestra, three veterans of the Angolan War are reluctant to abandon the revolutionary spirit which brought them together as...

In hellish Casablanca, a car-crash starts a love story between has-been rocker Larsen and the streetwise Rajae. Larsen’s guitar and Rajae’s voice could...