One summer morning, a girl drowns in the pool of her house. Her little body stays there until her mother finds it and leaves her other daughter, Cleo, alone in the house for hours. Soon Cleo’s aunt will arrive, with “the cousins”: Leoncia, Manuela and Nerina. Each girl will be immersed in a particular micro universe; while Cleo, marked by the tragedy of her sister, is unable to express it: her mother is locked in her room, depressed. That is why Cleo, along with her cousins, will immerse herself in the feminine world of childhood: the fear of never having kissed, the fear of being alone forever, fear of menstruation and the irreversible change of maturity.

Special Mention of the Jury of Generation Kplus at Berlin International Film Festival. The film was also presented at San Sebastián. 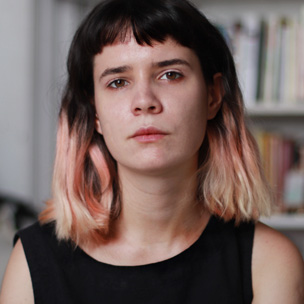 Born in Argentina in 1996. Recently graduated in film direction at the University of Cinema, in Buenos Aires. In 2017, she was awarded the first prize of a contest for new filmmakers, from the INCAA, the Argentine Film Institute, which supported the making of her debut film Mum, Mum, Mum.

Nora is a 14-year-old girl who tries to fit in society: she follows her sister’s friends around, girls who want to be beautiful and skinny, and boys who say...

Babak, an Iranian student in Greece, doesn’t show up to welcome his visiting parents at the Athens airport. Pari and her older husband, both devout Muslims...