Time seems to stand still in a village on the Galician coast, in Spain. The inhabitants seem to be paralysed, but we can still hear their voices: they talk about ghosts, monsters, the red moon. Three women come down from the mountains and arrive in the village, looking for Rubio, a sailor lost at sea. The story of this possible rescue is mixed with fantastic figures.

Presented at Berlin International Film Festival and at IndieLisboa. 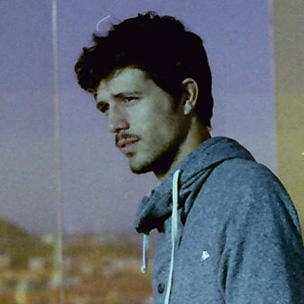 Born in Vigo, in the Galicia area of Spain, in 1983. After studying film at the Pompeu Fabra University in Barcelona, Patiño directed the short films Remembering the Faces of Death (2009), Into Vibration (2011) and Mountain in Shadow (2012), among others. His first feature film, Coast of Death (2013), was awarded in Locarno and screened at the 38th Mostra.

Elli is an android and lives with a man she calls her father. During the day they swim in the pool and at night he takes her to bed. She shares his memories and...

Many years ago, Cebaldo bade farewell to his family, who are members of Panama’s indigenous population. Now, working in a town of northern Portugal, he is...

During his military service in 1990’s southeast Turkey, Ahmet experiences something that will haunt him for the rest of his life, trigger many post traumatic attacks...