Stanley Kubrick’s mark on the legacy of cinema can never be measured. His great works resembling pristine pieces of art, studied by students and masters alike, all searching for answers their maker was notoriously reticent to give. While he’s among the most scrutinized filmmakers that ever lived, the chance to hear Kubrick’s own words was a rarity. Through Michel Ciment, film critic internationally known for being an expert on Stanley Kubrick, and our advisor for this film, we have access to a series of rare interviews that occurred during their 30 years of relationship. Combined with resources that Kubrick’s family provided, the film draws an intimate portrait of one of the most iconic filmmakers of all times. 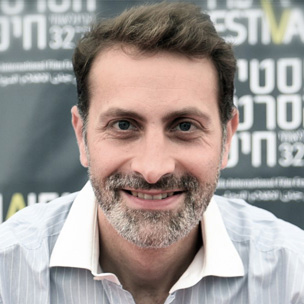 Born in Paris in 1975. After graduating from the French film school ESRA, in 1997, he started directing short, television and documentary movies. Among his works are the short films Choose or Lose (1999) and Behind (2005), and the documentaries Calamity Jane: Wild West Legend (2014), Michel Legrand: Let the Music Play (2018) and Racing Through Life: Toulouse-Lautrec (2019).

Kang lives alone in a big house. Through a glass façade, he looks out onto the treetops lashed by wind and rain. He feels a strange pain of unknown origin...

Arghavan, a woman at the verge of middle age, and her husband take their dog to the vet. They realize that someone has forced the dog to eat a lot of sweets and...