In february 1939 spanish republicans are fleeing Franco’s dictatorship to France. The French government built a concentration camp, confining the refugees, where they barely have access to hygiene, water and food. In one of these camps, separated by barbed wire, two men will become friends. One is a guard, the other is Josep Bartoli (1910-1995), an illustrator who fights against Franco’s regime. 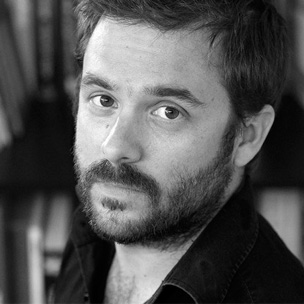 Born in France in 1980. He works as a press illustrator for the national daily Le Monde and the satirical weekly Le Canard Enchaîné. He has also worked on numerous graphic reports for various french newspapers. As a cartoonist, Aurel has published around 20 books,including two non-fictional comics, Clandestino and La Meritiense. In 2011, he co-directed with Florence Corre his first animated short film, Octobre Noir. Josep is his first feature film.

Based on true events, the film is set in 1988, when the martial law ended in Taiwan. A-han and Birdy meet in the school band, led by Canadean priest Oliver. The...

During his military service in 1990’s southeast Turkey, Ahmet experiences something that will haunt him for the rest of his life, trigger many post traumatic attacks...

In Cali, Columbia, Amaranto, 60, has been made redundant from his job as a cashier in a bank several years ago, yet he continues to come to his former workplace to...