It’s been 17 years since Walter was forced to leave his family in Angola. Now he is picking up his wife, Esther, and daughter, Sylvia, from the airport in New York to bring them home to his one-bedroom Brooklyn apartment. The reunion isn’t seamless. Walter cooks a welcome dinner, and Esther wonders who taught him how to cook. Before they eat, Esther says grace, revealing her new passion for Jesus. And later, Walter realizes that he has not moved on from Linda, his lover who moved out of his apartment to make way for the family. When young Sylvia starts to explore the city and takes part in a dance competition, she unexpectedly opens up a pathway for the family to rediscover one another. 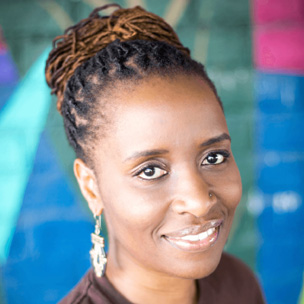 Tanzanian American, Ekwa is a screenwriter and a director. She has written and directed several drama series for mainstream broadcasters in Kenya and South Africa, including The Agency, MNET’s first-ever original hour-long Kenyan drama series. She received scholarships from the Tribeca Institute and the Sundance Institute. Farewell Amor is her debut as a feature film director.

A photojournalist receives the mission to go to a small village, hit by an earthquake, to make images of the tragedy. As this is his first big cover, he is anxious to...

An Armenian filmmaker searches for locations to his next project, a film that will investigate the medieval roots of his country. In a mix of fiction and almost...

On his birthday, young Parvis steals a bottle from the bar at a dance club. He is caught and, as he is the son of exiled Iranians, is sentenced to community...