“Ecstasy” tells the story of young Clara, in her struggle against anorexia. In the film, we experience the intimacy of her agony, alongside the sharpening of her feelings and a paradoxical sensation of ecstasy. By depriving herself of food, she creates a routine based on calculus, repetition and ritual. Fear and vulnerability are constant feelings in Clara’s childhood. To deal with the situation, she builds a control system over the only thing that she could, in fact, control: her own body. At the age of 11, she begins to isolate herself in her bedroom. She weighs herself several times a day, religiously, and, in spite of not eating almost nothing, she becomes obsessed with food. With the anorexia, Clara no longer notices the time passing. Everything that matters to her is the slow process of weight loss, of feeling her bones under her skin. At the age 15, when she is finally hospitalized, she weighs less than 29 kilos. “Ecstasy” proposes a game of ellipses, in which what we don’t see becomes as important as what we do see. The film is based on the experience of the director, who had anorexia from the age 11 to 18, and in reports of other women who suffered with the condition. 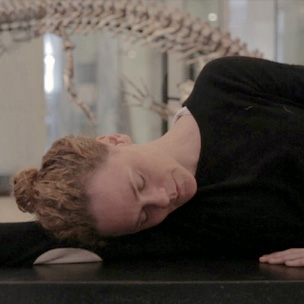 Born in Brazil, Moara currently lives in New York City, where she is a MFA candidate at Columbia University. She graduated in Sociology, Anthropology and Political Sciences at USP (University of Sao Paulo) and has a Master in Documentary Theory from Unicamp (University of Campinas). She worked as an associate producer and co-writer in the documentaries Olmo and the Seagull (2015) and The Edge of Democracy (2019), both directed by Petra Costa.

In the 70’s, a dam and a hydroelectric plant were built in Sobradinho. The government at the time, which was commanded by the military regime, thought...

The suspense revolves around Ademar, a partner in a private security company that provides services to a large construction company in São Paulo. When Teixeira, his...

In his first fiction film, filmmaker Haroldo Borges decided to use a few aspects of the documentary: the cast is formed by non-actors, who did not read the...