Brazil 2020 Fiction cor 87 min.
ASSISTIR
ON-LINE
The population of a small town in Brazil is divided between the Blue and Red parties during the mayoral elections, which represent political oligarchies fighting for power. Due to a severe drought, water is the main bargaining chip to get votes from the population. Chico Caixa is a former city employee. He lost his job trying to take water supplies to a poor neighborhood, abandoned for political reasons. Caixa is invited by Joel to work on his councilor campaign. Joel presents himself as an alternative to the old candidates, who have been in power for decades. But as the campaign progresses, Chico Caixa soon realizes that breaking apart from the established political game is not always an easy alternative. 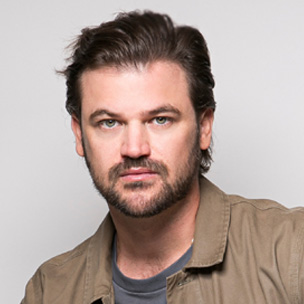 Brennand graduated from the New York Film Academy. In 2008, he wrote, directed and produced the documentary Porta a Porta (2008). In 2015, he directed the short film Two Women, awarded at international festivals.

The film is an autobiography of the director Silvio Tendler, who celebrated his 70 years, and an analysis on the advances and setbacks of the world that he lives in...

Sisters in the End of the World

An asteroid will collide with the Earth. Ana and Julia’s mother suffers with a terminal illness. She asks her daughters to find their father, in the...

Based on an intense research —and seen through different realities, from the ones who study it, from those who try to contain it and those who live in...