In the 1970s, Inés, Justo and Gerardo belonged to a violent nationalist group that wanted to overthrow the government of Salvador Allende. Amid the fervor of this conflict they find themselves wrapped up in a passionate love triangle and commit a political crime that separates them forever. Forty years later, Gerardo appears. He is inspired, not only by revenge, but also by an obsession to revive the nationalist cause. When he is arrested for murder and police discover an arsenal in his house, his case inevitably implicates his one-time allies. Inés, today an influential businesswoman, will do whatever it takes to stop Gerardo from revealing her and her husband Justo’s past. 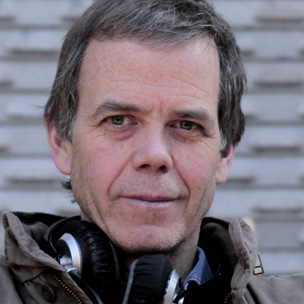 Born in Santiago, Chile, in 1965. Although he graduated in Economics, he gave up his profession, and went on to course filmmaking at the New York University in 1990. As early as 1994, he launched his first film, the short film Reunión de Família. Three years later, he filmed his first feature, Football Stories. Afterwards, he directed Loco Fever and Machuca (28th Mostra and 30th Mostra).

The documentary takes us inside the fraught, day-to-day workings of an underground pipeline of activists who face unimaginable risks to rescue LGBTQ victims from...

The film revolves around the divorce of a 30 something couple, Salma, a Palestinian from Nazareth, from her husband, Tamer, the son of a famous intellectual...