Canada 2020 Fiction cor 81 min.
ASSISTIR
ON-LINE
By the summer of his 19th birthday, Charlie Hall doesn’t know if he’ll ever get back on a wakeboard. He was at the top of his game a year ago, but an incident broke his momentum, bringing him back to reality. He wants to flee the source of his anguishes by going to Chambly, in Québec, at his cousin Noah’s house. There, he meets Juliette, a young employee of the local marina. The chemistry works and the two youngsters develop a unique relationship that only has as obstacle the fear of their ambitions. 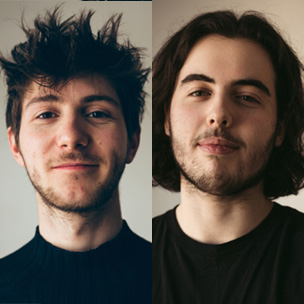 These Canadian actors directed the short movie Tandem (2018) together. Étienne Galloy has acted in features such as Kuessipan (2019) and Avant qu’on Explose (2019). Christophe Levac is part of the cast of Jeune Juliette (2019). La Marina is the duo’s first feature film.

Striding Into The Wind

Kun is in his senior year at Film school, but his life seems to have gone astray: he has no patience for classes, he is not helping his friend to finish the...

In April 1992, the war started in Yugoslavia. In the town of Visegrad, Eastern Bosnia, home of the famous bridge over the Drina, the school closes. From now on...

Xian Tian just ended a relationship with a married man. She decides to transfer her job back to her hometown, to take care of her father, who has Alzheimer. The woman...