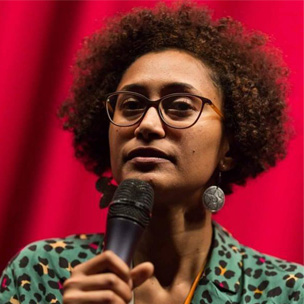 Born in Saudi Arabia in 1985. She studied film directing. Since 2014, Marwa has worked as a programmer for the Sudan Independent Film Festival in Khartoum. She lives in Sudan and Germany, where, since 2018, has been studying at the Academy of Media Arts Cologne. Khartoum Offside is her first feature film.

A group of young ladies in Khartoum are determined to play soccer professionally. They are prepared to defy the ban imposed by Sudan’s Islamic Military...