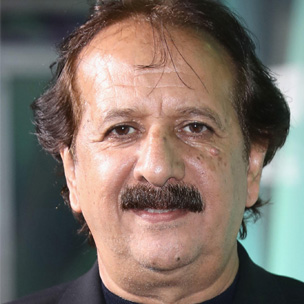 Born in Tehran, Iran, in 1959. He first worked as an actor in the student theater. His experience in theater, professional and amateur, continued until 1979, the year of the Islamic Revolution. After that, he became a film actor and started producing short films. From him, Mostra exhibited Baduk (1992), Father (1996), awarded in San Sebastián and winner of the honorable mention of Critics at Mostra, Baran (2001) and The Song of Sparrows (2008).