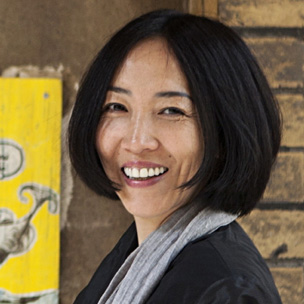 Born in Ulaanbaatar, Mongolia, in 1971. From 1989 to 1994, she worked as a director assistant in the Mongol Public Television. She studied film at the Munich Cinema School (HFF). Her first feature, The Story of the Weeping Camel (2003), was screened at the 28th Mostra and nominated for best documentary at the Oscars. Since then, she also directed The Cave of the Yellow Dog (2005) and the documentary The Two Horses of Genghis Khan (2009).

Veins of the World

Amra lives in the Mongolian steppe. He leads an ordinary life for a 11-year-old boy: his father drives him to school every morning, he takes care of the...