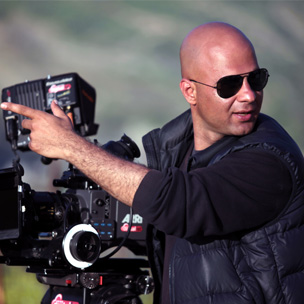 Born in Baneh, Iran, in 1979. He began his artistic career as a painter and, later, started to write and direct movies. He directed short films, such as The Painter (2000), Ready for Death (2008) and Ask the Wind (2010), which won the Crystal Bear at Berlin International Film Festival, and the feature Mardan (2014). The Little Refugee is his second long-length film.

In 2015, the Syrian boy Aylan appeared dead on Bodrum beach, Turkey. The image shocked and alerted the world to the refugee crisis. The film imagines what could...