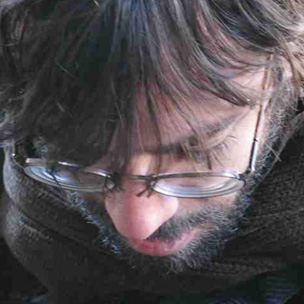 Born in Athens in 1981. He works as a film director and a musician. Voulgaris has also acted and written original music for several films; he has directed music videos and theater plays. He made the feature films Crying? (2003), Pink (2006), Higuita (2012) and Thread (2016), which were presented in film festivals like Toronto, Karlovy Vary and IndieLisboa.